Home > Tech > Accelerate Your Career With The 30,000 Google Africa Certifications Scholarship For 2019

World Bank made a 15 – years projection that states, “by 2034, Africa is expected to have the world’s largest working-age population of 1.1 billion—yet only 3 to 4 million jobs are created annually in the continent”. The current jobs available in the continent are not enough to cater to the present population because the demand for particular skill sets that are not common. As such, the future generation will be unable to cater for their own needs and those of the global demand because of the gap between the jobs available in the world and the skills demanded by global companies. Google decided to step in and bridge that gap through the provision of scholarship opportunities for developers with little or no training and those with some skill set to prepare them for the available jobs.

READ ALSO: Five Free Digital Skills Certifications That Can Boost Your Career or Business in 2019

In July 2017, Google through the CEO, Sundar Pichai, recommitted to bridging the digital skills gap in Africa by committing to prepare 10 million people for future jobs in five years. One of the outcomes of this commitment was the provision of mobile developers training to 100,000 Africans to enable them to develop world-class apps.

Over the years, two of such training have held and another window of opportunity has been opened again for the third batch of admission. This year as part of the 100,000 mobile developers training commitment,30,000 scholarship opportunities are open with 1,000 grants for the Google AssociateAndroid Developer, Mobile Web Specialist, and Associate CloudEngineer certifications. The scholarship opportunity will be delivered by two Google partners – Pluralsightand Andela through an online learning curriculum to prepare learners to be software developers. Three skills development tracks are available: Google Android, Web and Cloud technologies which will better equip developers in the continent to gain more skills and earn more than they used to while they can compete for jobs in the global circle.

Pluralsightis an online technology learning platform which will provide useful training content, while the Andela ALC program will provide mentorship to learners enrolled in this program. Google’s developer certifications are performance-based and are developed around a job-task analysis which tests learners for skills that employers expect developers to have.

You will be asked to choose one of the skills development tracks, after which you will be eligible to receive a Google certification grant to take the Google Associate Android Developer, Mobile Web Specialist, and Associate Cloud Engineer certification exams.

You can apply and register for the scholarship here. The opportunity will be opened from April 14, 2019 to May 15, 2019. The criteria for applying is quite simple:

Adaobi Frank, one of the recipients of the Google scholarship and grant share her story on how she walked through the process and how the certification has helped her life and her family in this video. 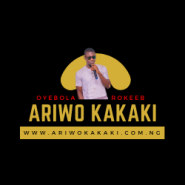 10 Reasons Why It Rocks to be an Internet Entrepreneur